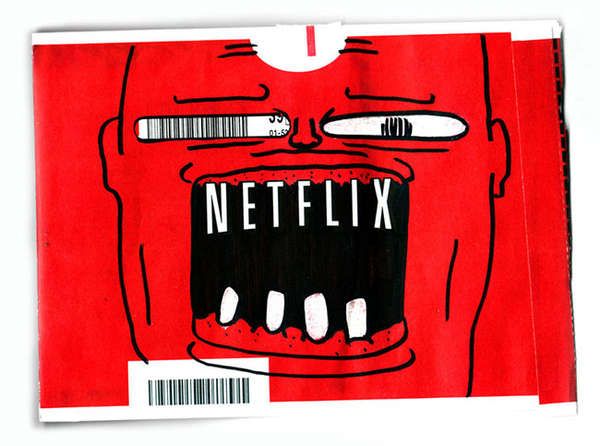 Some of the funniest works from Doodle Flix feature famous personages from throughout history. One work shows a caricature of Elvis Presley with a speech bubble emerging from his smirking mouth, with the Netflix logo inside. Another work shows Bender, the robot from Futurama, glaring out at the viewer with comically menacing eyes.

With these pieces of art, Doodle Flix demonstrates the extent to which Netflix has effected the television and film industries. Indeed, the company has become so iconic and quintessential to the film viewing process, that its cherry-red envelopes have even inspired humorous works of art.
4.2
Score
Popularity
Activity
Freshness
Get Trend Hunter Dashboard