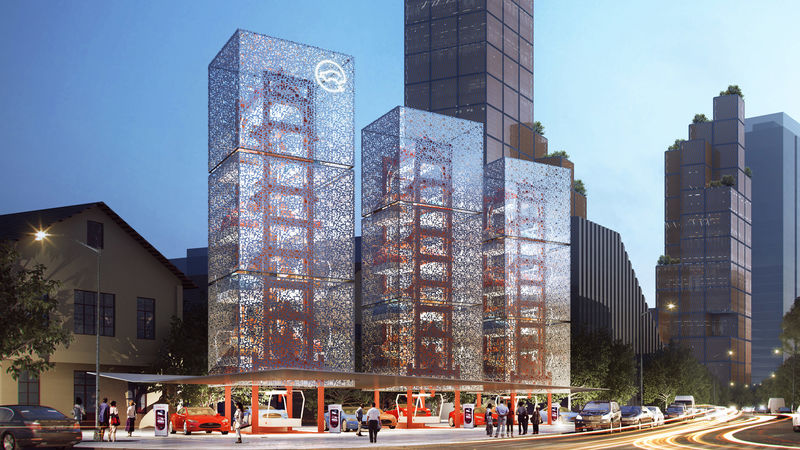 Joey Haar — April 20, 2017 — Autos
References: enneadlab.org & dezeen
Share on Facebook Share on Twitter Share on LinkedIn Share on Pinterest
Automobiles are changing quickly, which means that the immense infrastructure surrounding automobiles will need to adapt to suit the vehicles they serve, and Ennead Architects has proposed one such adaptation. The New York and Shanghai firm recently developed a proposal for the site of a gas station in the Chinese city that would double as a location for charging several electric vehicles at once.

Though it took a surprisingly long time for the technology to catch on, electric cars are becoming commonplace. There's no question that that development is an environmentally positive one, but it also raises the issue of powering those vehicles. On a small scale, it isn't hard to charge electric vehicles, but if they become the majority vehicles on the road, it won't be as simple. Ennead Architects' charging tower is just that solution, offering several vertical slots for EVs to charge.
1.8
Score
Popularity
Activity
Freshness
View Innovation Webinars