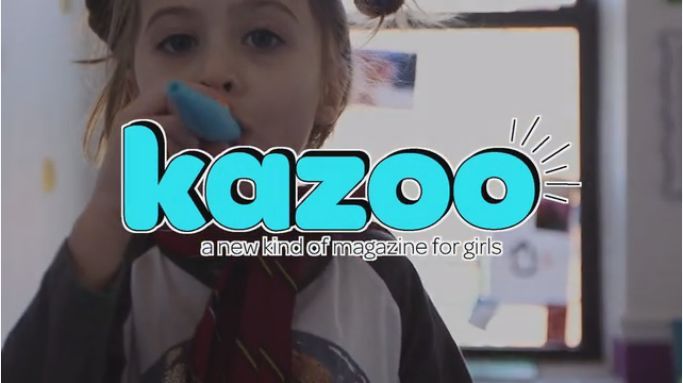 Katherine Pendrill — March 29, 2016 — Social Good
References: kickstarter & refinery29
Share on Facebook Share on Twitter Share on LinkedIn Share on Pinterest
Erin Bried recently launched a Kickstarter campaign to fund a magazine that will empower young girls. The idea for the magazine came about after Bried found it impossible to find a print publication for her five-year-old daughter that did not focus on beauty and fashion. As a result, Bried decided to create a new age-appropriate publication for young women.

The new magazine is called 'Kazoo' and it is targeted at young girls between the ages of five and 10. Unlike other publications aimed at women, Bried explains that her magazine will celebrate girls "for being smart, strong, fierce, and above all, true to themselves." As a result, the content of the magazine will largely consist of recipes, art projects, science experiments, comics, interviews and activities.

By empowering young girls instead of giving them rules to live by, Kazoo aims to change the face of female-oriented publications.
3
Score
Popularity
Activity
Freshness
Jeremy Gutsche Keynote Speaker