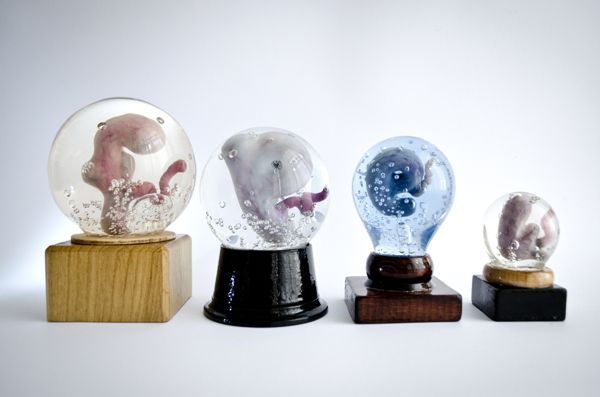 Artist Andreas Scheiger Envisions the Birth of the Alphabet

Meghan Young — July 23, 2014 — Art & Design
References: neatorama
Share on Facebook Share on Twitter Share on LinkedIn Share on Pinterest
The series 'Birth of the Alphabet,' takes such a concept literally; it is filled with embryonic typography that will have people cooing as though they are looking at the fetuses of human babies. Although slightly disturbing as well, it is undeniable that some kind of protective emotion surfaces when looking the embryonic typography, which is not necessarily the point.

Created by artist Andreas Scheiger, who created a series of surgically dissected fonts, the embryonic typography was handmade out of polymer clay, which was then colored and coated with resin. They were then placed in large glass bowls Scheiger found at the flea market. Filled with gel wax, the embryonic typography was suspended in the middle of the bowl.
4.6
Score
Popularity
Activity
Freshness
Get the 2023 Trend Report FREE