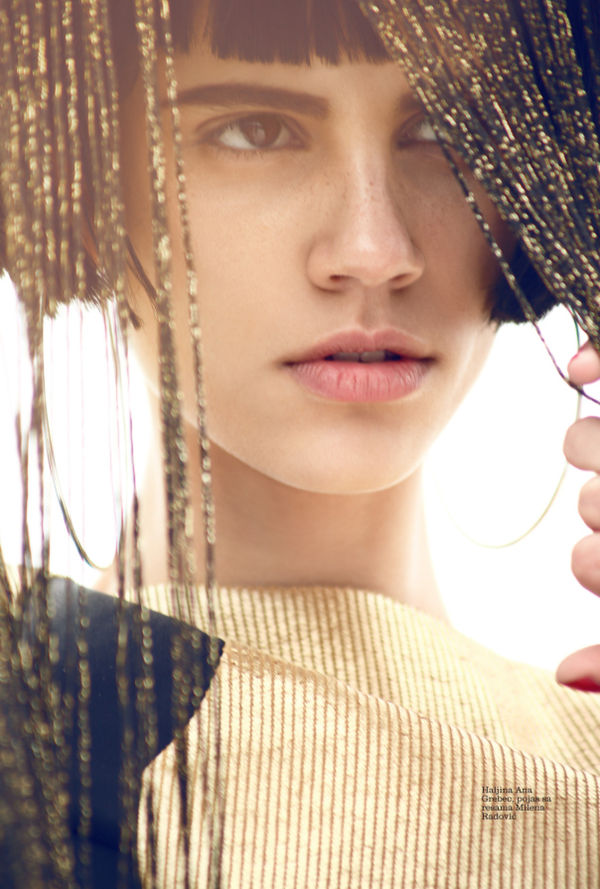 Antonina Petkovic Stars in the Elle Serbia May 2014 Issue

Vasiliki Marapas — April 27, 2014 — Pop Culture
References: elle.rs & wearesodroee
Though the editorial is called 'Little China Girl,' Antonina Petkovic appears to be doing her best Amélie impression in Elle Serbia's May 2014 issue. For those unfamiliar with the film, Amélie is an independent romantic comedy starring Audrey Tautou as a shy, Parisian waitress who tries to improve the lives of those around her while dealing with her own crippling loneliness.

Đurđica Ivanović recreated Amélie's signature black bob and frontal bangs on Petkovic. But that's not the only similarity between the two; like Amélie, Petkovic appears to be completely immersed in her own solitude. In fact, Marijana Gligić photographed Petkovic on a fittingly isolated rooftop.