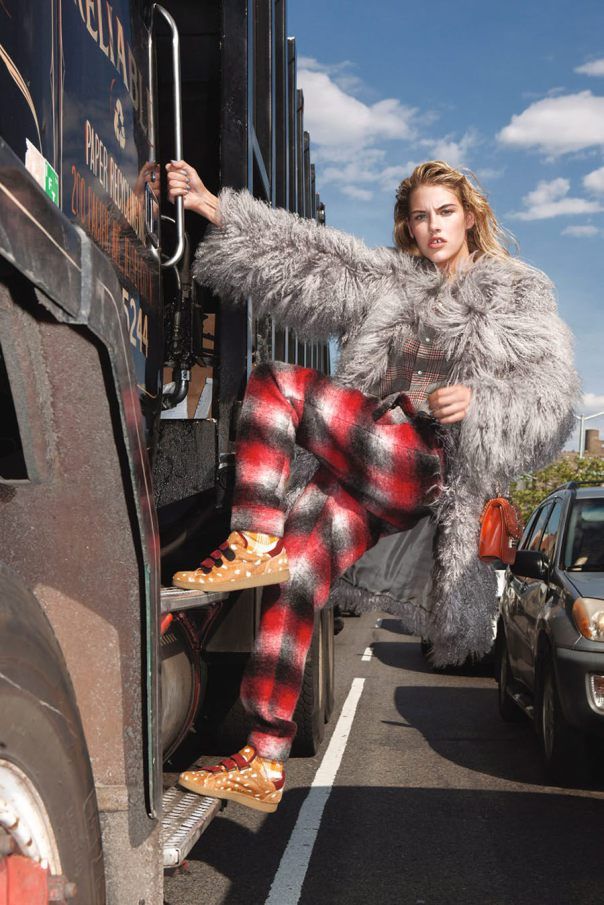 In chaos theory, the butterfly effect is described as "the phenomenon whereby a minute localized change in a complex system can have large effects elsewhere." The theory was developed by Edward Lorenz, and was later explored in the science fiction thriller of the same name starring Ashton Kutcher. It's kind of like the 'what if' principal, where we wonder how our choices impact our lives on small and large scales.

In the case of this editorial, Smith throws caution to the wind and explores the urban landscape around her. Fashion editor Eva Geraldine Fontanelli dressed her in eclectic ensembles combining fur, fringe, tweed and tulle. The editorial was lensed by photographer Marcelo Krasilicic