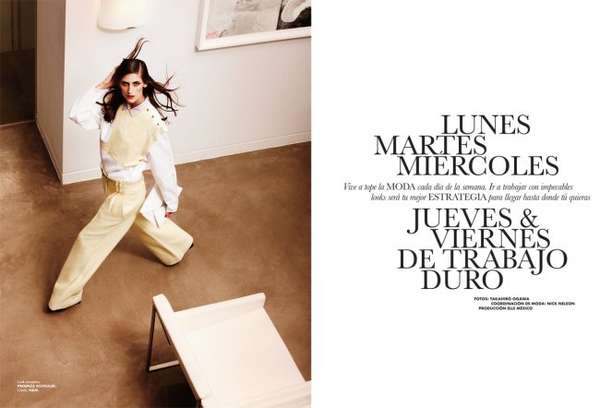 Meghan Young — September 24, 2012 — Fashion
References: ellemexicodisena.mx & fashiongonerogue
Share on Facebook Share on Twitter Share on LinkedIn Share on Pinterest
The ELLE Mexico October 2012 editorial will inspire women's work week outfits. It is filled with fashion appropriate for the office. Of course, they have been slightly tweaked for the stylishly inclined. From baggy pants to fur vests and tasteful layers, the looks are chic and slightly experimental, which will help make the traditional nine to five job that much easier to bear.