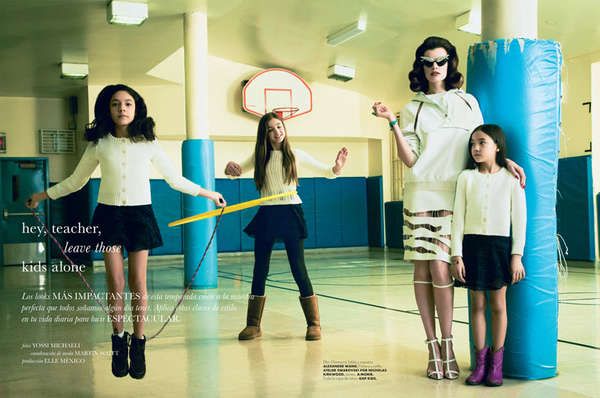 Meghan Young — April 11, 2013 — Fashion
References: quien & fashiongonerogue
Share on Facebook Share on Twitter Share on LinkedIn Share on Pinterest
The Elle Mexico April 2013 editorial shows women that even if they hold a rather unglamorous job such as teaching that doesn't have to stop them from dressing glamorously. For those who especially want to indulge their love of 'Mad Men' in the real world, the photoshoot illustrates how they can do so in a relatively appropriate way.