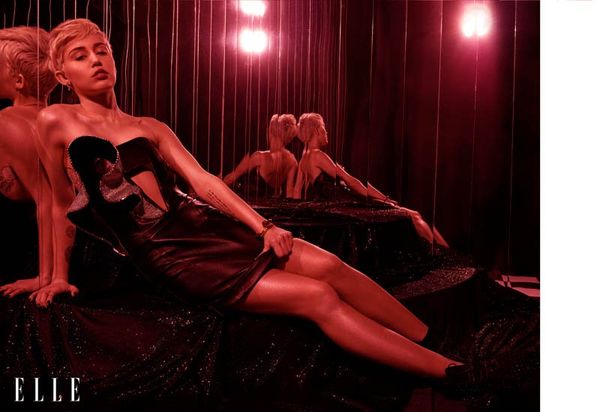 Miley Cyrus Stars in the Elle May 2014 Issue

Farida Helmy — April 11, 2014 — Pop Culture
References: elle & fashiongonerogue
Looking sultry and talking candidly, Miley Cyrus opens up in the new Elle May 2014 issue and talks about her thoughts on feminism, how she feels about having worked for Disney and her strong connection to her fans.

The 21-year-old superstar looks stunning and dewy as she poses in designer looks from Anthony Vaccarello, Marc Jacobs and Saint Laurent.

"I have guys and girls that come out, and they’re like, “The only reason I’m able to admit that I’m gay is because you’ve made me feel like that’s okay.” That is so intense, because that is a part of this generation—it wasn’t always accepted—and I feel like I am a big part of that change," says Cyrus in the Elle May 2014 issue.
1.2
Score
Popularity
Activity
Freshness