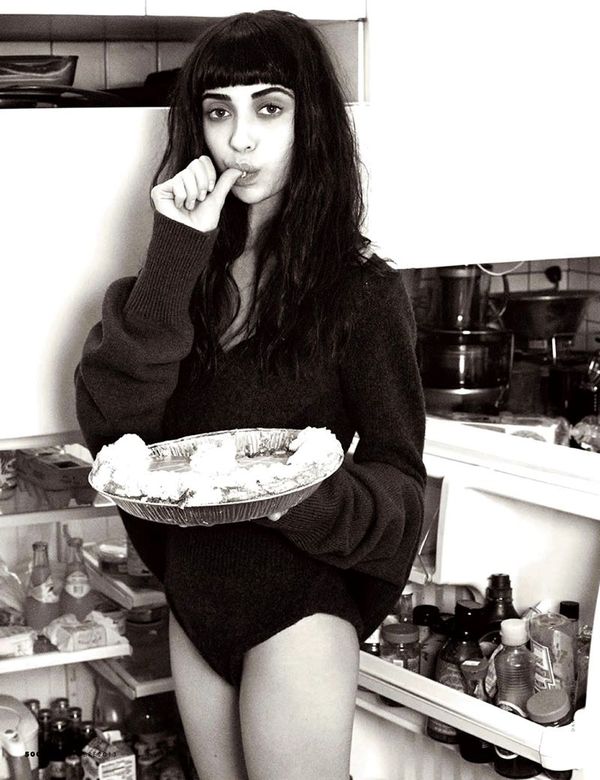 She proceeds to relax in these fashions: peeking over her autumn read, brushing her teeth curled up on the sink, licking her fingers over a leftover dessert in front of the fridge or strumming an acoustic tune. Although all of these tasks err on the side of ordinary – dare we say boring – the doe-eyed South American beauty looks fabulous, sporting asymmetrical bangs and a tousled bedhead styled by Italo Gregorio and minimal makeup by Justine Purdue.

Unconventional Knitwear Editorials
The Other Side of Heaven F***** Young! Exclusive is Eccentric
play_circle_filled