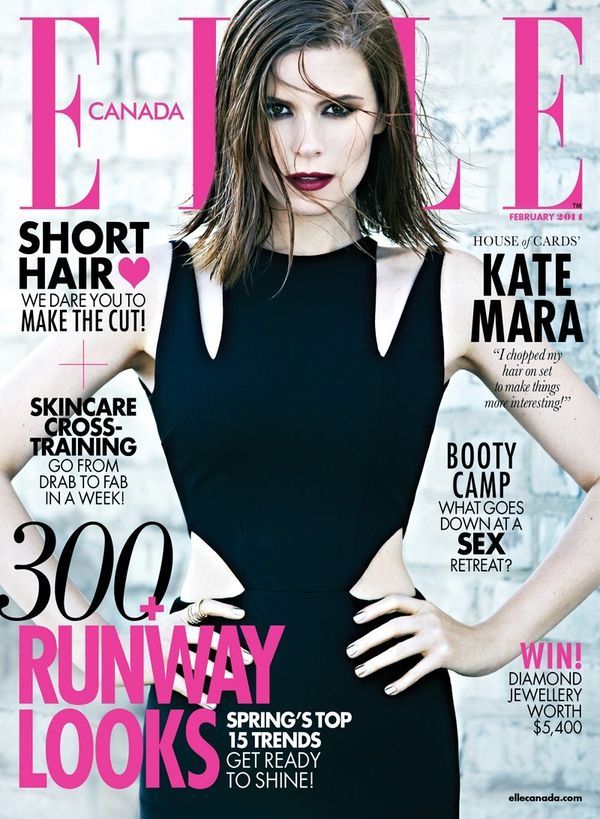 Meghan Young — January 7, 2014 — Fashion
References: ellecanada & fashiongonerogue
Share on Facebook Share on Twitter Share on LinkedIn Share on Pinterest
American actress Kate Mara, who is known for her role in the Netflix acclaimed series 'House of Cards, appears to be channeling her famous sister's style in the ELLE Canada February 2014 cover shoot. Dark, slick and edgy, it is a far cry from her more colorful and overtly feminine choices. Considering that they both share a small frame and sharp features, it is only natural that these looks would flatter Kate as well as they do Rooney.