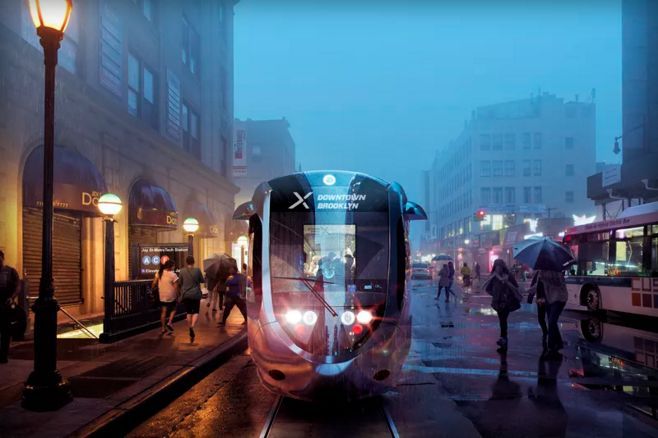 Meghan Young — February 5, 2016 — Autos
References: theverge
Share on Facebook Share on Twitter Share on LinkedIn Share on Pinterest
New York City is going to be bringing a little old school charm to its transportation system with a modern twist: electric streetcars. Dubbed the Brooklyn Queens Connector, it will be largest of its kind in the United States. Running along the waterfront between Astoria, Queens and Sunset Park, Brooklyn, it will also be quite expensive, ringing in $2.5 billion.

The official plans for the electric streetcars was unveiled by mayor Bill de Blasio. He states, "This is about equity and innovation. We are mapping brand new transit that will knit neighborhoods together and open up real opportunities for our people." The electric streetcar system was motivated by the fact that 10 percent of the city's public housing population lives along the Brooklyn-Queens waterfront with little access to public transportation.
3.2
Score
Popularity
Activity
Freshness
Access Advisory Services