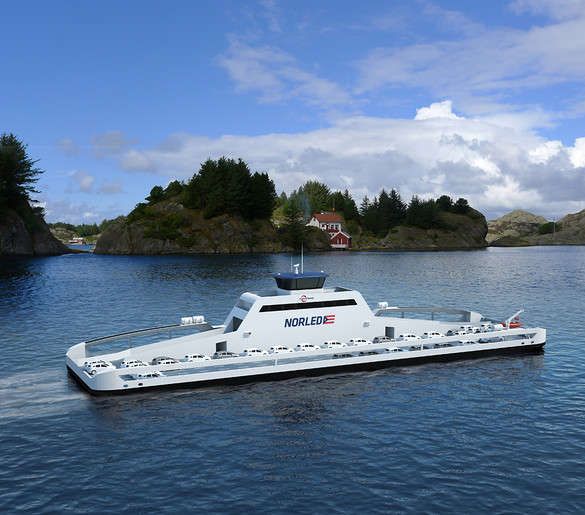 Meghan Young — January 25, 2013 — Autos
References: siemens & fastcoexist
Share on Facebook Share on Twitter Share on LinkedIn Share on Pinterest
The name of the Electric Car Ferry may be a bit deceiving. No, it is not a ferry for electric cars. Instead, it is an electric ferry that carries automobiles and other road vehicles. The first of its kind, it will replace the old gas guzzlers used in Norway. Known for their complex system of ferries, one route of which can burn up to 1 million liters of diesel per year, the Electric Car Ferry could make a vast difference.

Created by Siemens, the Electric Car Ferry has been designed as a catamaran so as to minimize water resistance and weigh less than typical vessels. Thus the electric engine requires about half of the standard diesel-fueled ones. Siemens nevertheless reveals that "the crucial feature of the new ferry is that it only takes 10 minutes to recharge the batteries." It will take to the waters in 2015.
3.1
Score
Popularity
Activity
Freshness
Jeremy Gutsche Keynote Speaker