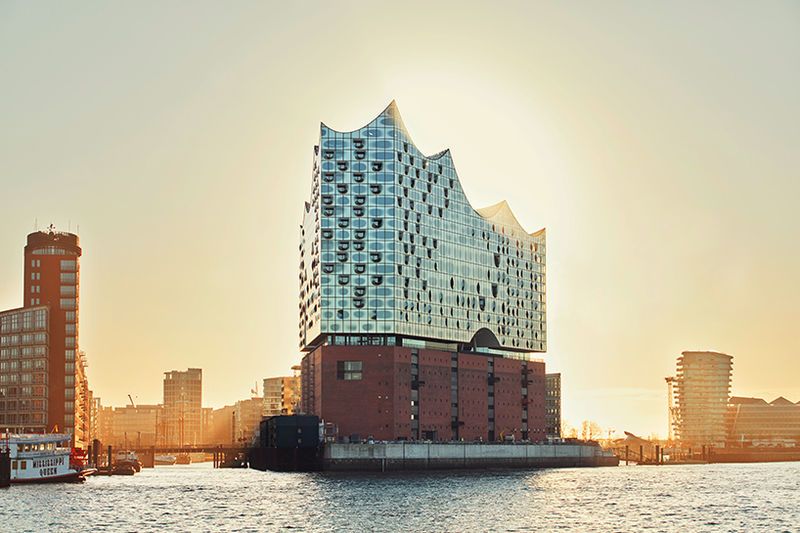 The 'Elbphilharmonie’ Has Over 1,000 Curved Glass Panels

Erica Francis — July 25, 2016 — Art & Design
References: elbphilharmonie.de & designboom
Share on Facebook Share on Twitter Share on LinkedIn Share on Pinterest
Hamburg's newest concert hall, the 'Elbphilharmonie,' is nearing completion and it already looks magnificent. The structure is built upon an old warehouse and along with its three concert halls, it will also house a 250-room hotel, 45 residential units and a plaza.

Built by Swiss architects 'herzog-de-meuron,' the building towers over others in the area. The majestic hall's exterior is made with over 1,000 glass panels that reflect the sun, acting as mirrors. The Elbphilharmonie is shaped to look like flowing waves, which works perfectly since it's situated right by the water.

The modern structure has taken nearly a decade to come to fruition but its striking design will serve to draw in tourists, perhaps becoming an icon of Hamburg and Germany -- similar to the 'Sydney Opera House' in Australia.