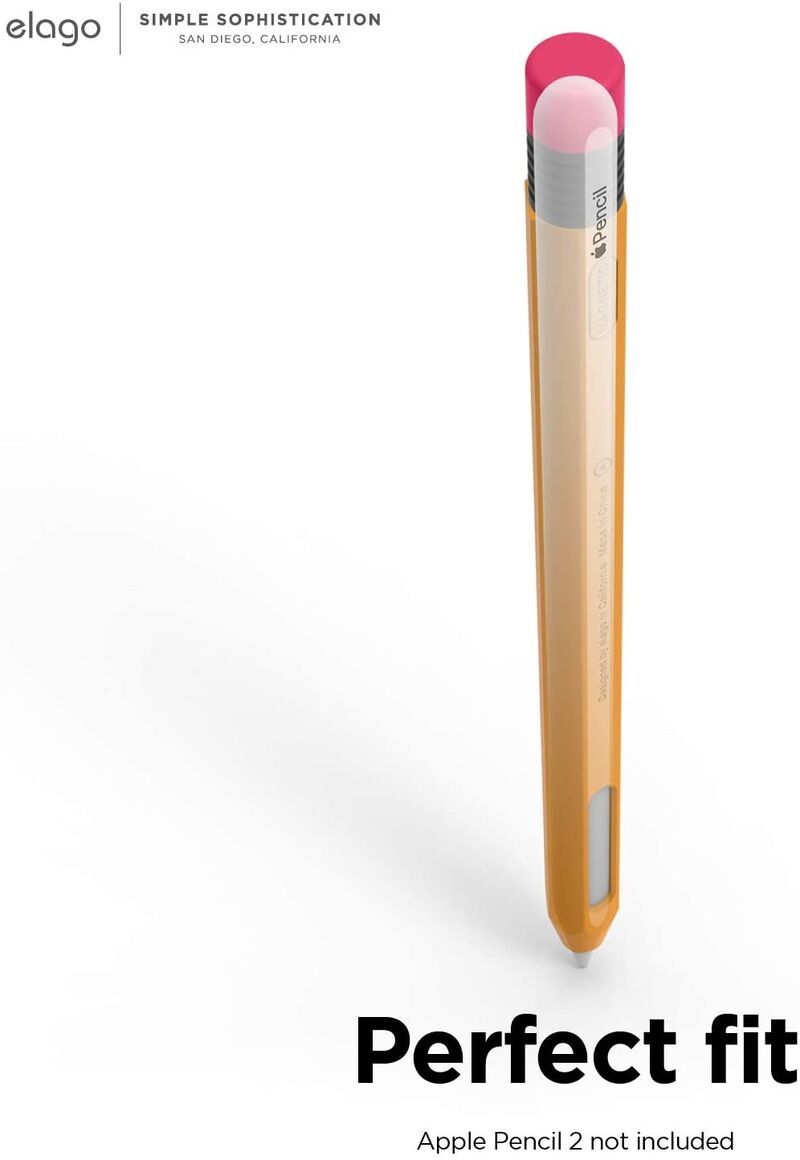 Elena Rahman — May 14, 2021 — Tech
References: amazon & yankodesign
Share on Facebook Share on Twitter Share on LinkedIn Share on Pinterest
Elago's Apple Pencil protective case adds additional grip to the otherwise slippery stylus. Not only is it practically useful, but it also gives off nostalgic vibes through its classic pencil design. The cover case boasts a rubber tip shaped like the well-known pink pencil erasers, which acts as a protective cap.

This launch is the company's second generation of the Apple Pencil cover, is compatible with the iPad Pro, and even charges the Pencil by magnetically attaching itself to the side of a tablet. Its silicon body is complete with a double-tap hole for easy use. While the yellow case is most reminiscent of the classic pencil, Elago has released six different color options including 'yellow,' 'dark gray,' 'midnight green,' 'lovely pink,' 'mint,' and 'white.'