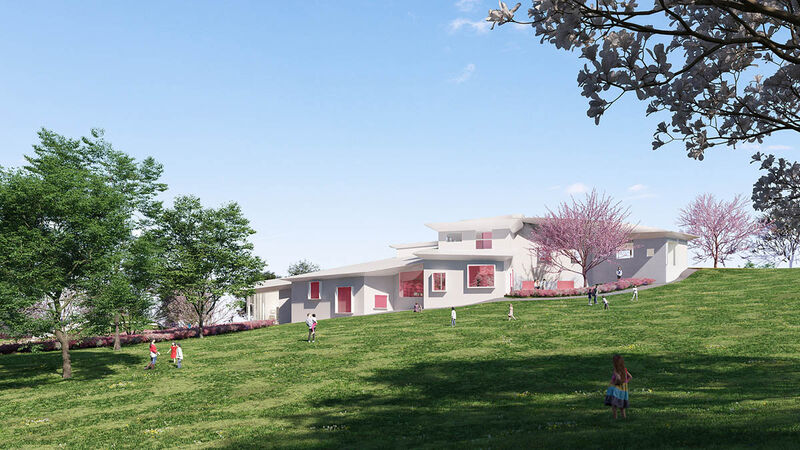 As museumgoers walk up the hill towards the museum, they are confronted with small little units that all resemble individual homes. The little house designs emulate the structures that often appear in Kadono's stories. The construction is expected to be completed in 2023.