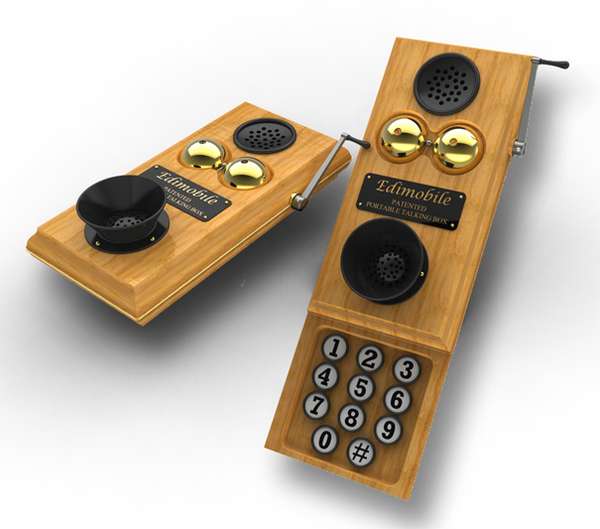 The Ediphone Concept Brings Us Back to a Simpler Time

Alex Scott — March 22, 2010 — Tech
References: gouldstudios & yankodesign
I always think it would be funny to carry around a Zach Morris phone or one of those '70s-era military backpack phones as a funny gag--but that joke would probably wear out fast after carrying around a 20-lb mobile for an hour. Well, I think if I came across the Ediphone Concept, I would put the weight issue aside and haul this baby everywhere I went.

Definitely not on the light side, the Ediphone Concept houses a 50-lb lead battery, which means you better do some reps at the gym before trying to make a call with it. Designed by Bill Gould, the Ediphone Concept was created as a sort of social commentary, making light of our society's reliance on mobiles. I personally think it's hilarious.
2.7
Score
Popularity
Activity
Freshness