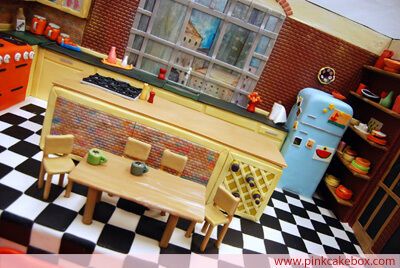 The details on the birthday cake are amazing. Check out the tiny orange Rachael Ray Dutch oven on the shelves. Between the paper towel holder, stove grills, kettle, and fridge art, the whole thing was so painstakingly fashioned.

“Everything in the kitchen was edible, except for the walls and shelves, …although those too were covered in sugar. The counter, refrigerator, stove and all of Rachael Ray’s trinkets were replicated out of fondant, sugar paste, and cake,” say the bakers.
3.7
Score
Popularity
Activity
Freshness
Access Advisory Services