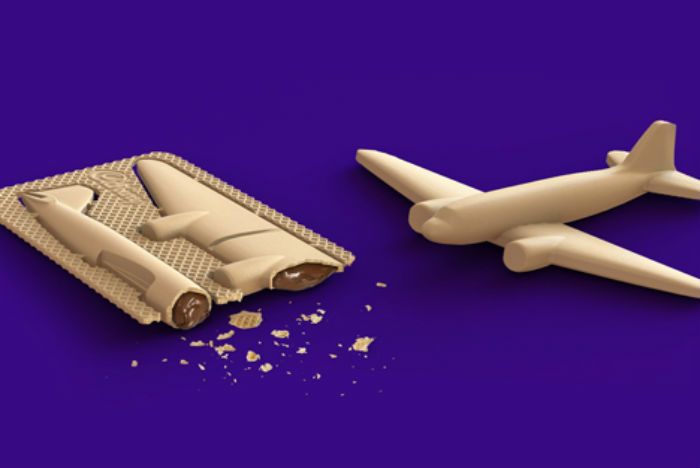 Meghan Young — July 15, 2014 — Life-Stages
References: cadbury & psfk
Share on Facebook Share on Twitter Share on LinkedIn Share on Pinterest
Just when parents feared that the age of Airfix-style toys were gone, Cadbury went ahead and created a series of edible chocolate toys modeled after them. Although some might be saddened by the fact that it takes sweets to tear children away from their digital devices, these edible chocolate toys are essentially a fun extension of Kinder Surprise Eggs.

Dubbed Choco Fix, the edible chocolate toys were designed by Robert Cooper, a student at the Central Saint Martins school at the University of Arts London. Comprised of four different packs, people can create airplanes, cars, dinosaurs and horses. But instead of moving away entirely from technology, the packaging incorporates augmented reality features to create three dimensional versions of the images on a smartphone or tablet.
6
Score
Popularity
Activity
Freshness
Get Better and Faster