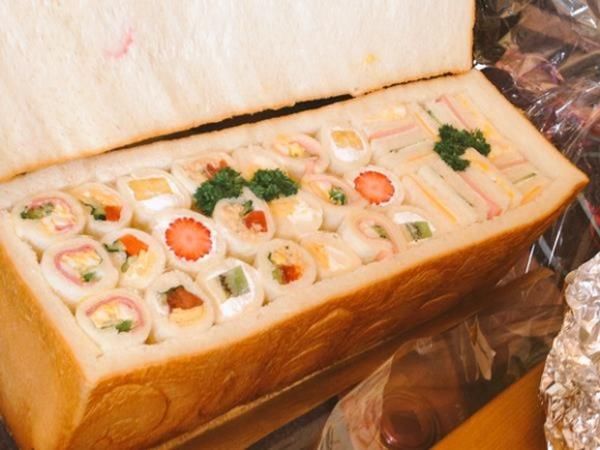 This Edible Bento Box From Near_13 Contains Lots of Miniature Sandwiches

Alyson Wyers — February 13, 2015 — Lifestyle
References: twitter & thatsnerdalicious
This edible bento box is made by hollowing out a loaf of bread. Posted by Twitter user Near_13, the epic lunchbox can be used as a vehicle to house many sandwiches. After removing most of the cavity from the bread loaf, she placed tons of tiny crust-less sandwiches and put them inside the literal lunch container. The sandwiches contain a variety of ingredients, including what appears to be strawberries, cucumber and salmon.

The edible bento box would be a fun project to try recreating for a picnic or party. While it is insanely awesome, it would be entirely too much work to try making on a daily basis. It might not travel very well, either.
5
Score
Popularity
Activity
Freshness