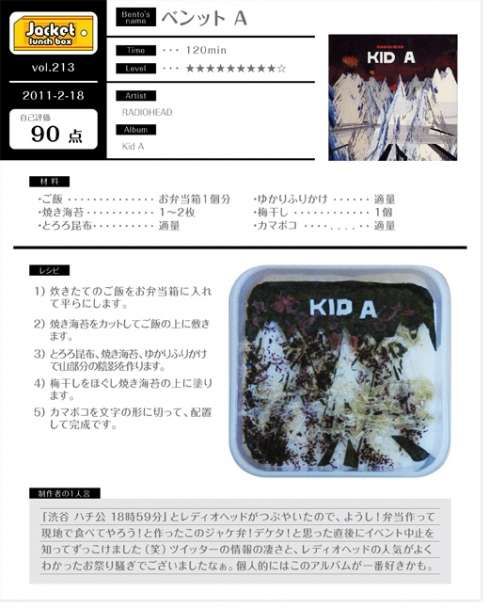 Edible Album Covers Will Have You Craving Music With Your Food

Bento box designs run the gamut, featuring virtually anything from video game characters to cuddly animals, but it's only now that one Japanese blogger got the creative idea to recreate his favorite album covers into delectable dishes. Pictured here are bento creations of Radiohead's 'Kid A,' Aphex Twins' 'Richard D. James Album,' Pearl Jam's 'Songs for Japan,' Trent Reznor's 'The Social Network Soundtrack,' and several others. I'm most impressed with the excellent use of seaweed to emulate shadows and clever cheese placement to define skin tones.

Judging from the album covers in this edible album covers collection, I would like to give the metal salute to the Japanese blogger who crafted these lunch boxes and tell him to "Rock on, bento-style."
1.7
Score
Popularity
Activity
Freshness
View Innovation Webinars