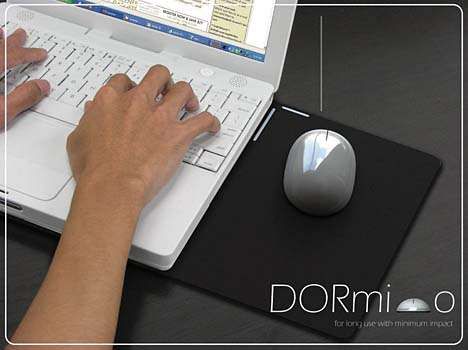 It's clear laptops produce heat, yet too often it's only seen as a hindrance. Yes, there have been innovations to reduce the heat; however, a new invention actually takes advantage of this energy production.

The DORmino is a giant mousepad which extends from under the computer to the right hand size where the mouse rests. It absorbs the energy produced by the heat of the computer and uses it to power the mouse.

The creation comes from Cheong Yian Ling, Cindy Liew, Joanne Lin, Lionel Wong of Singapore who submitted the design to the Greener Gadgets Design Competition 2008. They have found a way not only to solve a problem, but to vastly improve on a mainstream technology and contributing to a greener earth.
4.1
Score
Popularity
Activity
Freshness
Get the 2023 Trend Report FREE