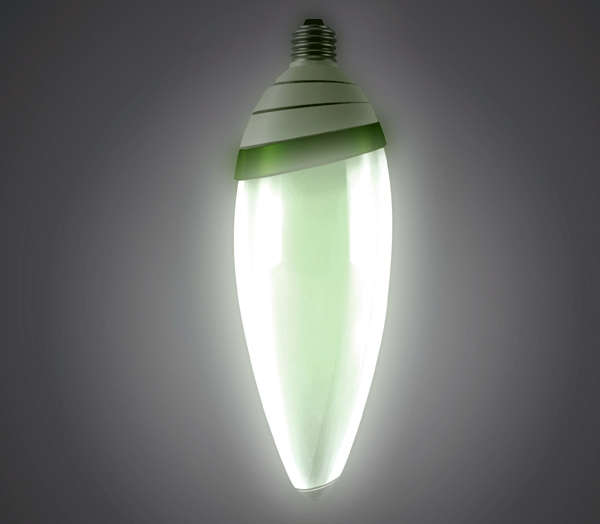 Alexander Lam — June 4, 2013 — Eco
References: yankodesign
The AlgaeBulb is a light bulb that uses nature to provide light to any space. Designed by Gyula Bodonyi, the concept was an experiment into an alternative energy source. Using algae, the light bulbs produce enough energy to create a bright light. The energy released from the algae is used to provide a steady stream of power to a series of LED lights.

Each bulb works with an air pump, hydrophobic container and some live Chlorella Pyrenoidosa Spirulina. At the end of the bulb is an air outlet to allow oxygen and carbon dioxide to circulate. Since the algae is contained with a hydrophobic layer, the bulb can be turned in any direction despite the algae's liquid nature. In order to minimize the waste that the lights make, the algae cartridge can be removed and replaced while keeping the same bulb.
5.6
Score
Popularity
Activity
Freshness