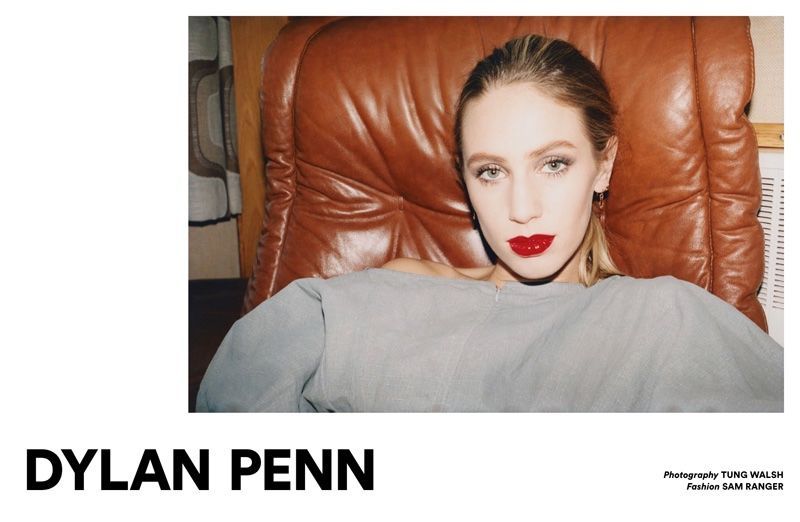 Meghan Young — April 19, 2016 — Pop Culture
References: exitmagazineshop.bigcartel & fashiongonerogue
Share on Facebook Share on Twitter Share on LinkedIn Share on Pinterest
Sean Penn and Robin Wright both have very illustrious careers, so it's only natural that they're daughter, Dylan Penn, would follow suit. Currently found in the latest issue of Exit Magazine, the American actress and model takes on a moody persona as she models a range of retro-inspired outfits. The photos themselves are very raw, in a somewhat Terry Richardson sort of vein.

Captured on location in an equally retro living space, Dylan Penn is decked on in pieces from the likes of Jeremy Scott, L’Agent by Agent Provocateur and Christopher Kane. The looks manage to be lady-like, relaxed and seductive all at once -- something many women would kill to achieve. Dylan Penn complete the looks by rocking an easy low ponytail and red lips.
5.9
Score
Popularity
Activity
Freshness
Jeremy Gutsche Keynote Speaker