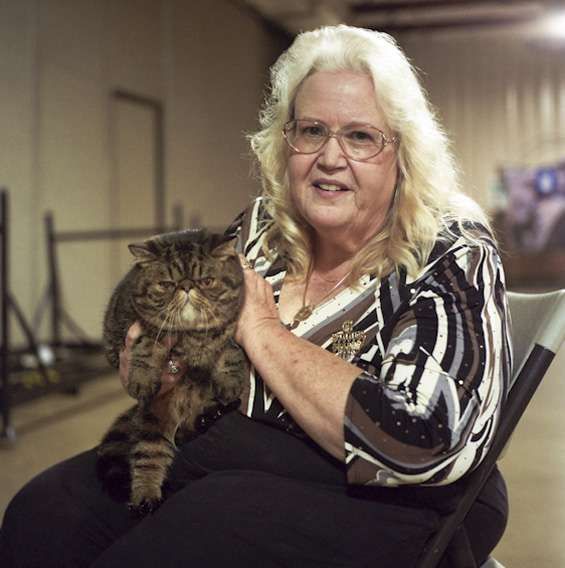 Jordan Sowunmi — August 30, 2011 — Pop Culture
References: dylanderose & beautifuldecay
Share on Facebook Share on Twitter Share on LinkedIn Share on Pinterest
Looking through Dylan DeRose's 'Cat Fanciers Association' photographs, you're taken deep into the world of pet worship. The subjects featured in his collection bear more than a slight resemblance to their pets, and do so with a palpable, intense, full-bodied love.

As a photographer, Dylan DeRose is used to capturing unusual subcultures in the United States. Other series' that he has participated in include photographing a midget wrestling federation and black barbershops in Savannah, Georgia. Dylan DeRose is a photographer with an eye for bringing largely dormant or ignored stories to life through his camera lens.

In his 'Cat Fanciers Association' series, the procession of cat owners that resemble their dogs makes the photographs hard to turn away from. It also captures the passionate zeal with which those in small-town America pursue their interests.

If this collection is any indication, Dylan DeRose has a bright future photographing some of the stranger elements of our society. Click through the gallery to see some highlights from his 'Cat Fanciers Association' shoot.
2.5
Score
Popularity
Activity
Freshness
Get the 2021 Trend Report FREE