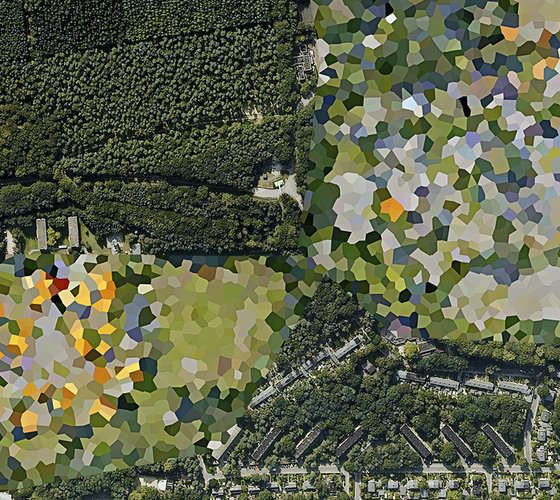 Meghan Young — August 29, 2013 — Pop Culture
References: mishkahenner & fastcodesign
Share on Facebook Share on Twitter Share on LinkedIn Share on Pinterest
There are a lot of things that the governments of various countries try to hide from its citizens, and that's not just conspiracy mumbo-jumbo as the Dutch Landscapes series shows. Even the satellite images on Google Earth have been censored in order to keep nosy neighbors out of their business. In this case, the Dutch Lanscapes series revolves around the Netherlands, hence its title.

Created by Mishka Henner, a Belgian artist based in Manchester, England, whose recent Feedlot series garnered him much praise and attention, the Dutch Landscapes series is just as eye-opening. Interestingly, while it might look like Henner exaggerated the images, he writes, "There was no need to do much alteration since the images are so absurd and spectacular." Of course, that doesn't take away from their artistic appearance.
1.3
Score
Popularity
Activity
Freshness
View Innovation Webinars