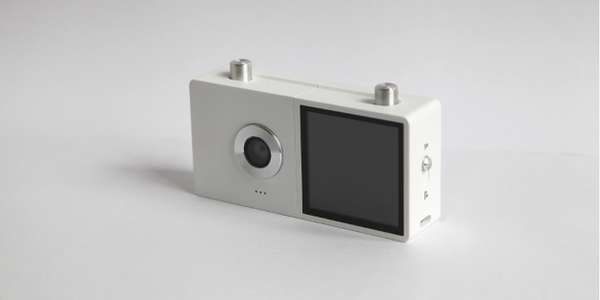 Meghan Young — June 29, 2013 — Art & Design
References: chin-wei & psfk
Share on Facebook Share on Twitter Share on LinkedIn Share on Pinterest
It is undeniable that although people share a lot in common, one of the biggest differences between them is perspective, an idea that is captured through Duo by Chin-Wei Liao, a camera that splits conveniently into two. By breaking apart, it allows two people to take photos at the very same time. Viewing those photos will show just how different they see the world, even if they are in the same room.

Duo by Chin-Wei Liao, a designer currently studying for an MA/MSc Dual Degree in Innovation Design Engineering at the Royal College of Art in London, England, essentially provides an engaging and inclusive photo-taking experience. According to Psfk, it was "inspired by the fact that some people feel uncomfortable being photographed or don’t like seeing images of themselves."
3.4
Score
Popularity
Activity
Freshness
Get the 2021 Trend Report FREE