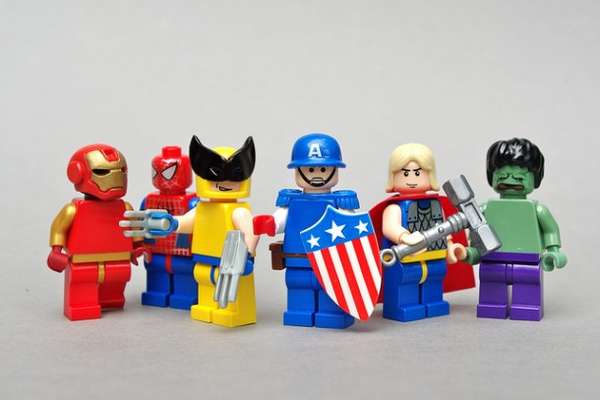 Jason Soy — August 24, 2011 — Life-Stages
References: flickr & bitrebels
The next best thing to owning a fully articulate action figure is owning a LEGO version of the toy and Dunechaser has just released the LEGO figurine collection I'd want to own. Finally, I can build massive LEGO metropolises and act out my fantasy match-ups between Wolverine and Superman.

Dunechaser is a LEGO enthusiast and he painstakingly crafts each of his comic character figurines. Check out his LEGOfications of Iron Man, Thor, Captain America, the entire X-Men crew and more.

Implications - Consumers enjoy LEGO figures of pop culture characters because it satiates their desire for customized items. They feel their particular figurines have more intrinsic value because they are able to project more desirable characteristics onto it. Corporations may similarly brand their goods with recognizable characters in order to invoke empathetic relationships from consumers to the products.
4.7
Score
Popularity
Activity
Freshness