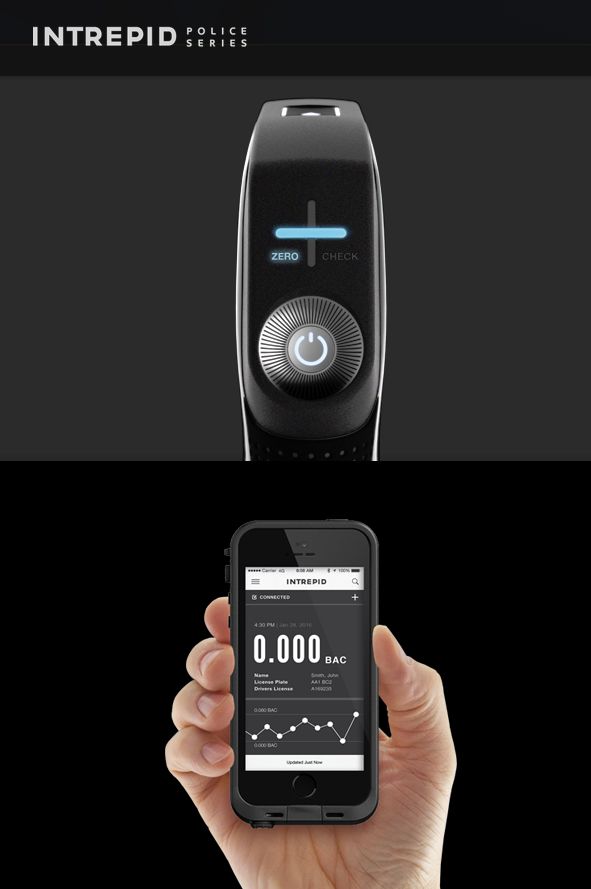 The Handheld 'Intrepid' Device is the Future of Drunk Driver Testing

Intrepid is described as "the future of breathalyser technology for police," since it makes use of fuel-cell sensor and Bluetooth technology in order to send data to a mobile device nearby. The system is made up of two parts: a smart handheld breathalyser and a mobile app, which are used in tandem to test and relay data on Blood Alcohol Concentration on-demand.

To make the process of drunk driver testing and reporting even easier, Intrepid automatically fills in paperwork to report an offence. Currently, this device is being tested in pilot programs across the United States.