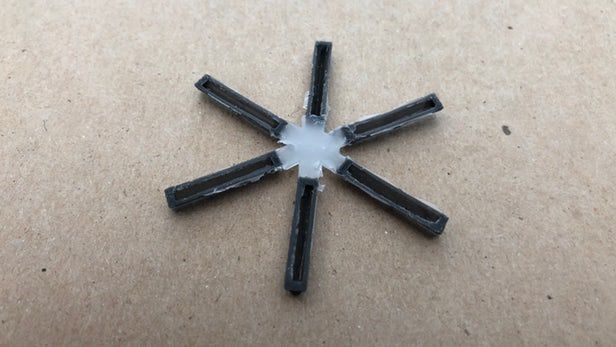 Rahul Kalvapalle — January 11, 2018 — Lifestyle
References: brighamandwomens.org & newatlas
A group of researchers working out of MIT and the Brigham and Women's Hospital have developed a star-shaped drug capsule that has well and truly brought the medical community one step closer towards allowing people receiving anti-retroviral drug treatment to get the benefits of the drug without having to take several doses a week.

The fact of the matter is that anti-retroviral drugs, which are used to treat and prevent HIV, need to be taken on a daily basis, but many patients simply lack the discipline to do so.

This is where this innovative new drug capsule comes in. Its star-shaped assembly features six arms, each of which contains medication. When the capsule is swallowed, the arms of the capsule slowly release the drug over a period of time, and eventually get excreted out of the body.

This is a fine example of innovative structural design being implemented in the pharmaceutical field to enhance precision drug delivery.
1.3
Score
Popularity
Activity
Freshness