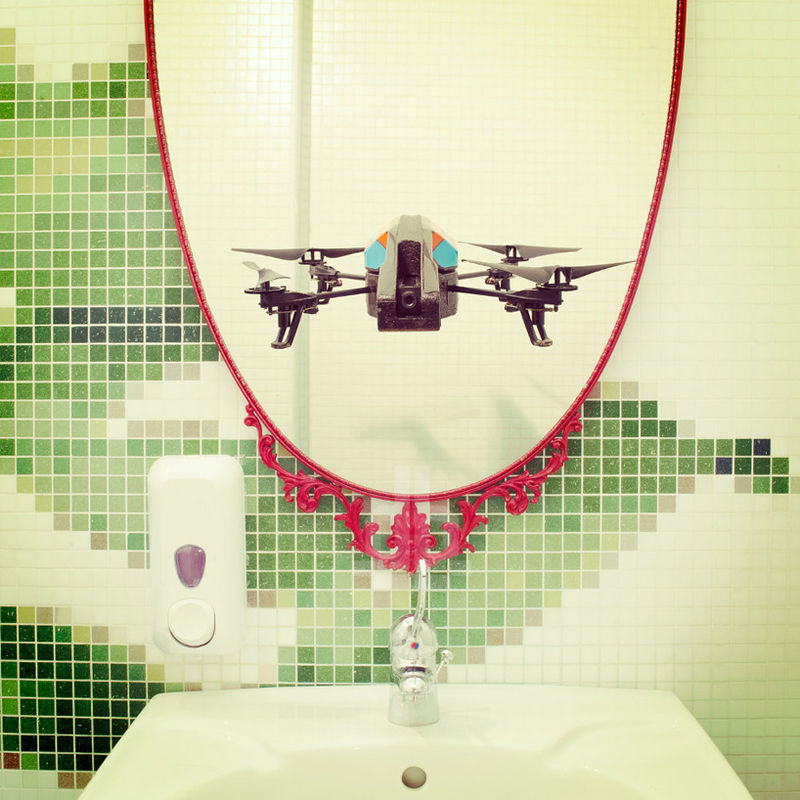 'Drone Selfies' Questions the Role of These Machines During Peacetimes

Jamie Danielle Munro — July 29, 2014 — Art & Design
References: iocose.org & designboom
Share on Facebook Share on Twitter Share on LinkedIn Share on Pinterest
'Drone Selfies' is a series of images by IOCOSE that questions the role of these killing machines if war was to ever come to an end. The photos present the drones capturing themselves in front of mirrors with their camera-taking abilities.

IOCOSE is made up of a group of artists from Italy who believe that if world peace did occur, the drones would "conform to today’s ubiquitous social scenario of selfie-snapping and point their built-in cameras to mirrors in an act of vanity," as stated on DesignBoom. Basically their belief is that the pressures of everyday life would become so strong that the machines would take on these human characteristics.

While this is simply an art project, it's quite disconcerting to see a machine that's capable of such atrocities in such familiar settings.