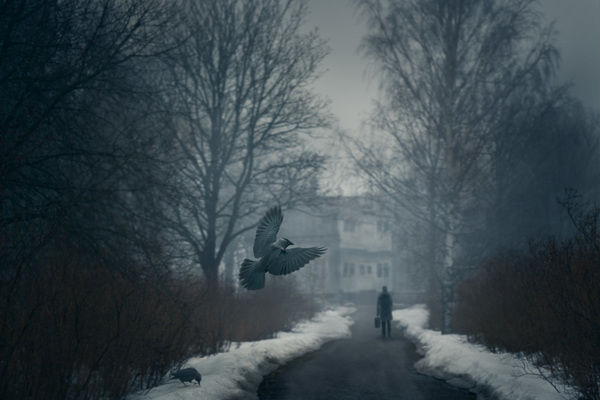 Dream II by Mikko Lagerstedt is Full of Mysterious Whimsy

Meghan Young — February 26, 2014 — Fashion
References: mikkolagerstedt & behance.net
Dream II by Mikko Lagerstedt, a photographer hailing from Helsinki, Finland, is a photo series that at first looks like an innocent nighttime shoot. Yet out of the dark comes another world full of mystery and magic. As though a person was in an actual dream, there are subtle curiosities in each still from an abandoned car to a ethereal glow and a hot air balloon. The moodiness with which these sightings are captured is what lends such whimsy.

Shot in the same vein as in the photographer's past work, Dream II by Mikko Lagerstedt is a captivating series that will encourage viewers to indulge in their imaginations. Perhaps it will even drudge up old dreams, which can be reflected on in a way that it wouldn't have been before seeing these images.
2.4
Score
Popularity
Activity
Freshness