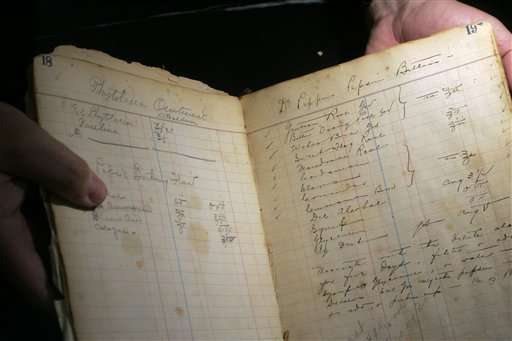 On his travels through the Texas Panhandle, Bill Waters came across a "tattered old ledger book filled with formulas," one of which may be the top secret Dr Pepper recipe die hard soda fans have been dying to unveil for decades.

Waters' $200 purchase included a recipe called "D Peppers Pepsin Bitters", and since it came from the same drugstore Dr Pepper was said to have been invented in, his antique hunting may yield a good profit.

"Dr Pepper's manufacturer says the recipe is not the secret formula for the modern day soft drink, but the 8 1/2-by-15 1/2 inch book is expected to sell between $50,000 to $75,000 when it goes up for auction at Dallas-based Heritage Auction Galleries on May 13," says the Associated Press.

Could this really be the original Dr Pepper secret recipe, or is this a sly viral marketing campaign we'll soon discover is a hoax?
1.9
Score
Popularity
Activity
Freshness
Get the 2021 Trend Report FREE