Slowing Down Innovation
Next
Set of
Related
Ideas 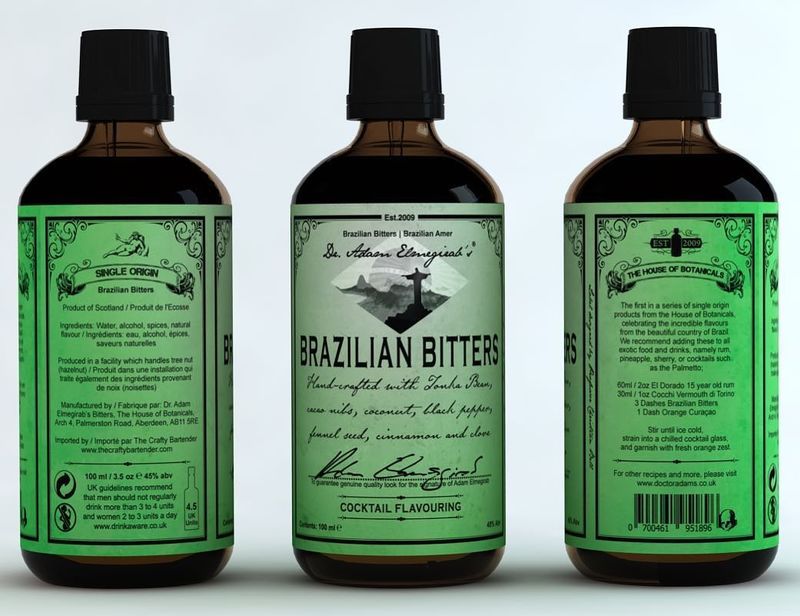 Laura McQuarrie — February 9, 2018 — Lifestyle
References: instagram & doctoradams
Share on Facebook Share on Twitter Share on LinkedIn Share on Pinterest
Dr. Adam Elmegirab’s Bitters recently added a new product to its series of bitters made with single-source botanicals. As its name suggests, all of the ingredients that can be found in the Brazilian Bitters hail from Brazil, such as the tonka bean, cacao, coconut, coffee, vanilla and black peppercorn. The Brazilian Bitters for the United States market replace the tonka bean with almond and additional vanilla.

The cocktail bitters can be used in a wide range of drinks, such as for the making of cocktail classics like the Manhattan, Old Fashioned and Palmetto, as well as numerous food applications.

Some of the other products in the Single Origin series from Dr. Adam Elmegirab’s Bitters include ones like Spanish Bitters and the Dandelion & Burdock Bitters.