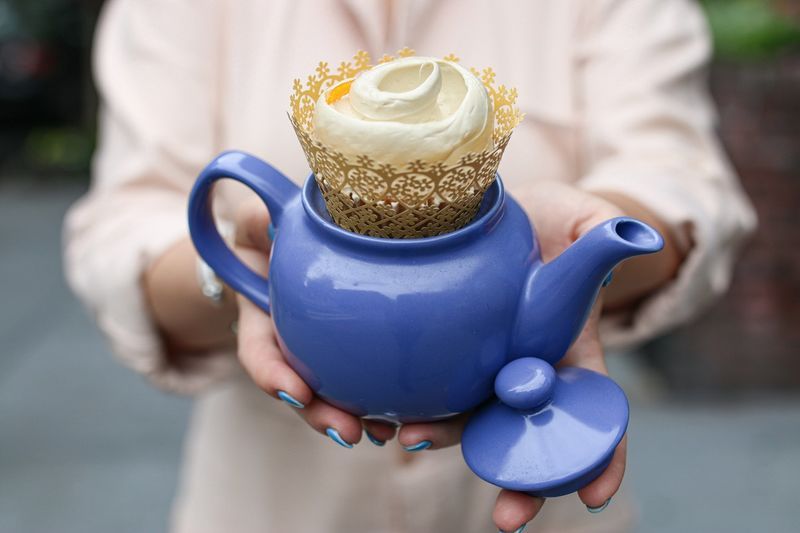 Magnolia Bakery's new Downton Abbey Cupcake is a sweet treat that's just as regal as the show's main characters. The cupcake was created in partnership with Focus Features and will be available at Magnolia Bakery locations in New York, Los Angeles, Boston, Chicago, and Washington DC throughout September. In terms of flavor, both the cake and the buttercream filling are made with loose-leaf Earl Grey tea, giving the cupcake a slightly floral taste that will remind you of a warm cuppa. Naturally, the cupcake also comes with a golden lattice wrapper, for that extra royal touch.