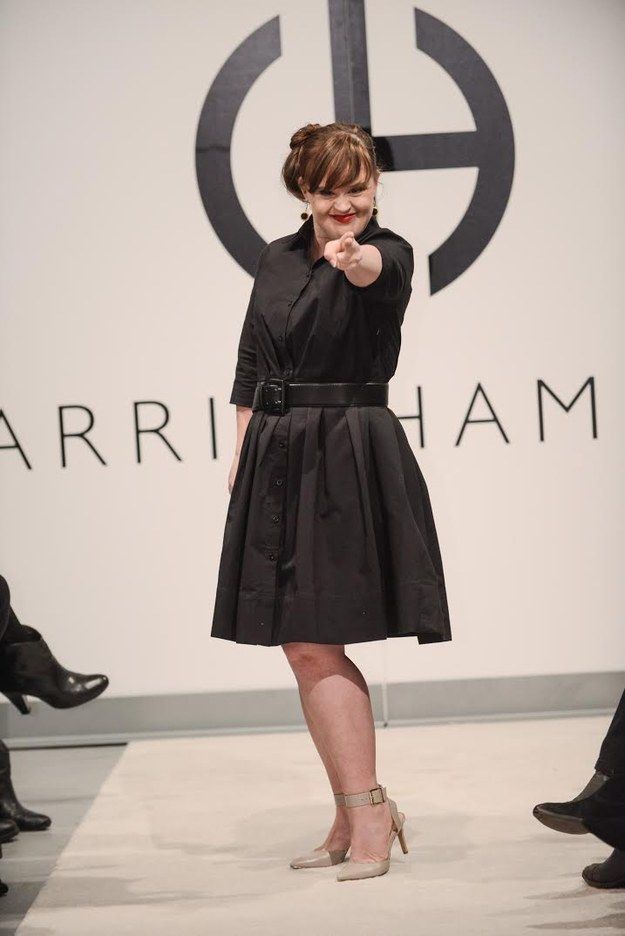 Tristan Garnett — February 17, 2015 — Fashion
References: popsugar & usat.ly
Share on Facebook Share on Twitter Share on LinkedIn Share on Pinterest
Today marked the first time ever that a model with down syndrome walked the runway at a New York Fashion Week event. American Horror Story actress and -- as of today, runway model -- Jamie Brewer walked the catwalk during the major style event. Brewer modeled clothing made by designer Carrie Hammer as part of Hammer's Role Models Not Runway Models campaign. The body types of the women in the campaign varied, each model was fitted with clothing that was specifically designed to fit their unique body type.

When asked if she felt nervous in anticipation of taking the stage, Brewer said, "I remind myself that even though this is an upscale event, I don't let the nerves kick in." Brewer just simply wants to motivate others, "Young girls and even young women . . . [see me] and say, Hey, if she can do it, so can I. It's a true inspiration being a role model for any young women to [encourage them] in being who they are and showing who they are."
1.8
Score
Popularity
Activity
Freshness
View Innovation Webinars