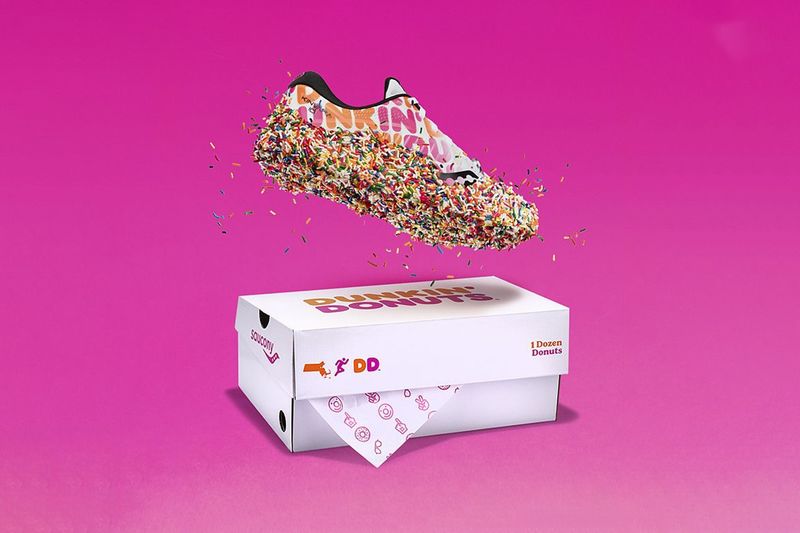 Kalina Nedelcheva — March 22, 2019 — Fashion
References: instagram & hypebeast
Dunkin' and Saucony pay homeage to the Boston Marathon with a limited edition pair of donut sneakers. This is the dessert shop and the footwear company's second collaboration as last year the two brands released a sprinkle-infused design for the Kinvara 9.

This year, Dunkin' and Saucony are tackling the Kinvara 10 model, calling attention to the collaboration with double-branded donut sneakers that are adorned with a pattern of Dunkin's recognizable logo. To add to the playfulness of the silhouette, the collaboration also sees "a strawberry-frosted donut medallion," as well as a playful nod to the dessert shop's caffeine beverages on the tongue.

The donut sneakers are announced to the public with a playful, "sprinkle-garnished" marketing campaign.
7.2
Score
Popularity
Activity
Freshness