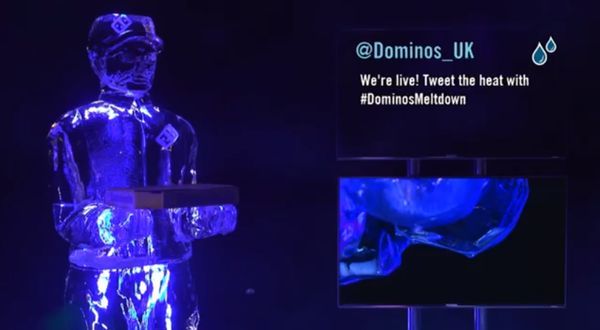 An ice carving of a pizza delivery man was set up to hold a Domino’s pizza box and the person who guessed when the box dropped was named the winner. As the live video stream started, the ice sculpture was illuminated with blue lights and over time, as more sweets rolled in and things started to heat up, the lights changed to red.

Throughout the lengthy livestream, which lasted over six hours, a closeup of the melting ice sculpture and tweets using the "DominosMeltdown" hashtag were shown in real-time.
4
Score
Popularity
Activity
Freshness
Get Trend Hunter Dashboard