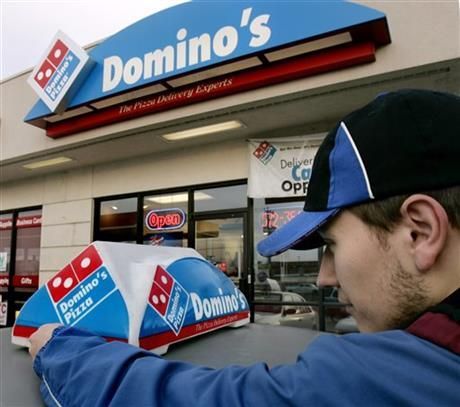 Meghan Young — June 18, 2014 — Tech
References: phx.corporate-ir.net & theverge
Share on Facebook Share on Twitter Share on LinkedIn Share on Pinterest
While not everyone is a fan of Siri, if she was able to take pizza orders like Domino's Dom perhaps people would warm up to her a little more. Food is the way to many people's hearts, after all. A voice-ordering system that works with both iPhone and Android apps, Domino's Dom makes pizza service even easier and more convenient than it already is.

Essentially a pizza assistant, Domino's Dom is capable of recognizing natural speech patterns so that a conversation of sorts strikes up. Created in collaboration with Nuance, the speech technology company behind Siri, Domino's president and CEO Patrick Doyle says, "Our mobile app users who are a part of this launch are truly helping set the foundation for the innovations of today that will soon enough become the standards of tomorrow."
2.2
Score
Popularity
Activity
Freshness
Jeremy Gutsche Keynote Speaker