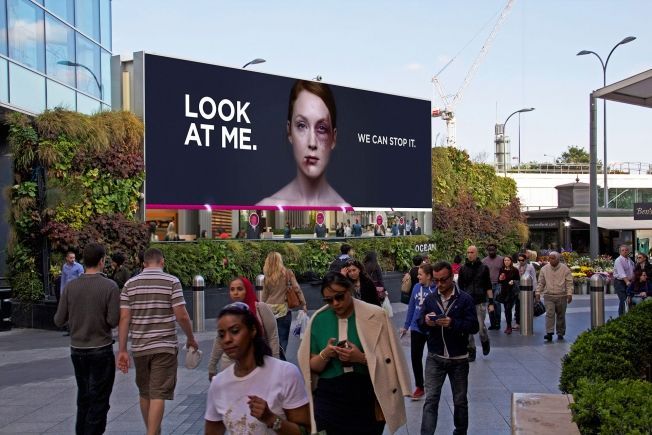 Laura McQuarrie — March 6, 2015 — Marketing
References: womensaid.org.uk & adweek
Share on Facebook Share on Twitter Share on LinkedIn Share on Pinterest
As part of a domestic abuse awareness stunt to mark International Women's Day, Women's Aid created a dramatic digital billboard. The as was set up with facial recognition technology, so that with enough eyes directed towards the billboard, the arresting image of a beaten woman on the ad would begin to heal. As novel as this billboard is, it also cleverly communicates that no one should turn a blind eye towards violence that they can see.

Rather than putting outsiders in the shoes of the victim, this Women's Aid ad already gets the wheels in motion as to how someone can help with regards to domestic violence. After being named a 2014 winner of Ocean's annual Art of Outdoor competition, the billboard has now been unveiled in London's Canary Wharf.
5.5
Score
Popularity
Activity
Freshness
View Innovation Webinars