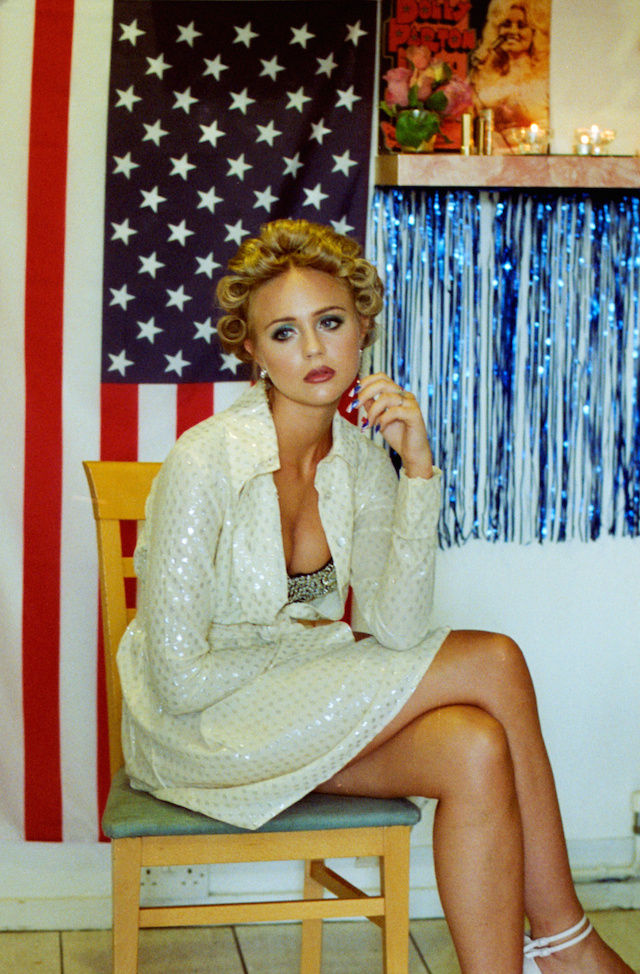 One Day in Britain's Dollywood is a Tribute to a Legend

Parton is, without a doubt, a country music legend. The 8-time Grammy award winner, who was inducted into the Hall of Fame in 1999, occupies a special place in many a country music lovers' heart. This editorial stars a Dolly look-a-like (Mimmi from Lenni's Model Management), looking fit for a pageant with tightly rolled curls, heavy blue eye shadow and plenty of sequins and denim. Even the signature cowboy hat is ornamented in glitter and jewels (did I mention it was pink?).

The editorial, which was photographed by Nima Elm and styled by Ellis Wood, is a pretty touching tribute to a woman who works way longer than "9-to-5" to put a smile on her fans' faces.
1.7
Score
Popularity
Activity
Freshness
Get the 2021 Trend Report FREE

Vanguard Westerner Editorials
Schon Magazine's One Cowboy, Too Many Hats Story is Fashion-Forward