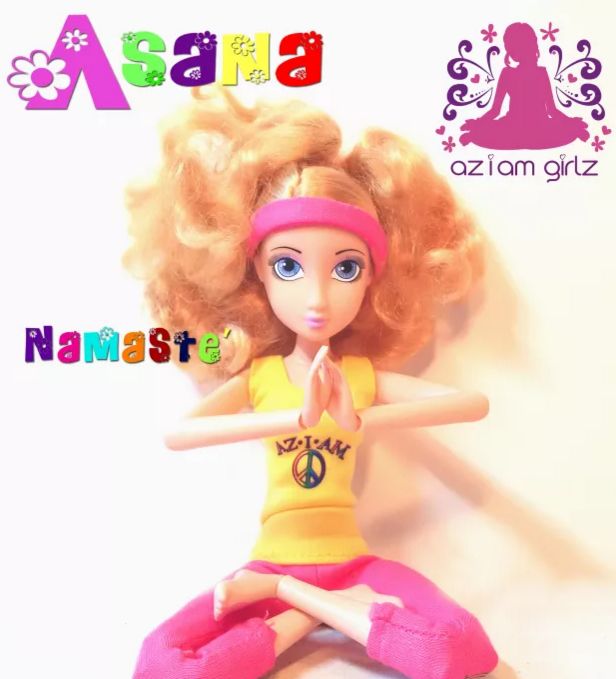 Alanna Zabel of AZIAM Yoga is the creator of these toys and runs yoga camps for young girls. Unlike many other doll toys that are criticized for their anatomical inaccuracies, many dolls are also extremely inflexible and lack the range of movement that these AZIAM Girlz have, as each doll has the ability to move its hips, knees and spine into deep forward folds and back-bending positions.

As well as coming with a backstory and a friendly animal companion, each doll also comes with a children's book and every purchase supports a variety of social good causes that tie in with each doll's specific passions.