3-in-1 Hair Systems
Next
Set of
Related
Ideas 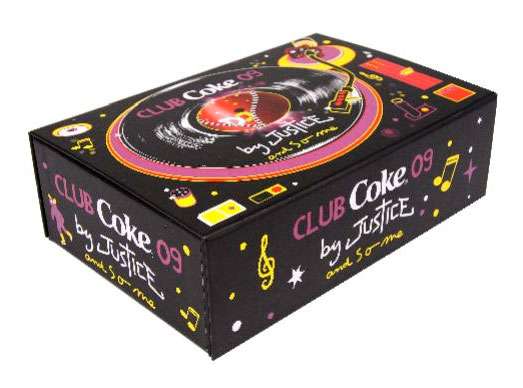 Club Coke Teams Up With Justice and So_Me

The bottle keeps Coca-Cola’s original red color, but the new design adds the words “Do the Dance, by Justice and So_Me.” The bottle also glows in the dark—after all, there’s nothing worse than losing your bottle of Coke in the club.

The design finally went on sale Monday for £3.50 per bottle, or roughly $6.30 for those of us outside the UK. And for those who think a loose bottle just won’t suffice, don’t fret: Coca Cola and the men also created a limited edition case to hold your bottle, selling for £50, or about $90.

So pop a bottle and toast to never losing your $6 Coca-Cola in a dark room again!
0.6
Score
Popularity
Activity
Freshness
Attend Future Festival