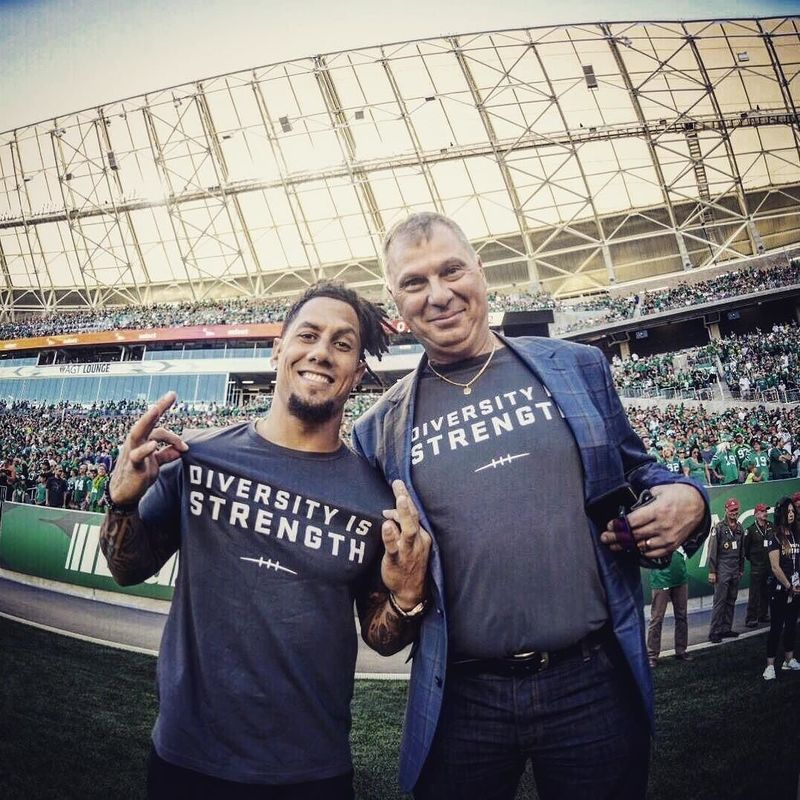 The CFL Has Launched a 'Diversity is Strength' Campagin

The CFL had plans to launch its 'Strength in Diversity' campaign later in 2017 as a celebration of inclusivity for Canada's 150th birthday. However, the recent events in Charlottesville, Virginia, prompted the league to roll out the campaign early. On Sunday's game, players and coaches from BC Lions and Saskatchewan Roughriders sported the diversity-promoting football shirts.

The front of the t-shirts feature the phrase 'Diversity is Strength,' and the back lists the names of influential CFL players from diverse ethnic backgrounds. The CFL has decided to sell the shirts (starting today) after a wave of "overwhelming public support" for the initiative drove their demand.
1
Score
Popularity
Activity
Freshness

The Impact of Perspective
In Her Talk on Film, Alicia Malone Highlights Why Perspective Matters