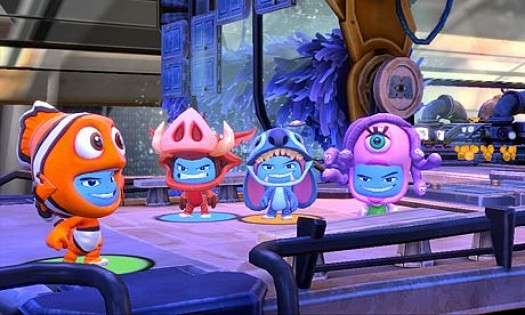 Emily Evans — June 3, 2011 — Pop Culture
References: disney & psfk
Share on Facebook Share on Twitter Share on LinkedIn Share on Pinterest
With so many beloved Disney and Pixar movies hitting the big screens in recent years, it seems simply inevitable that a similar video game would be released -- just like 'Disney Universe.' This cool new children's video game is set to be released in Fall 2011, and you can bet there are already tons of kids counting down the days!

The timed release of 'Disney Universe' will be cleverly close to the holiday season, and it certainly will be a popular gift among children and young teens. Avatar costumes, token Disney and Pixar characters, and references to famous films like Monsters, Inc. and Alice and Wonderland, are just some of the awesome features 'Disney Universe' will include.

Exploring the worlds, levels, missions and puzzles of 'Disney Universe' will likely be fun for the entire family! Watch out for this video game's release this fall for PS3, Xbox 360 and PC download.
2.4
Score
Popularity
Activity
Freshness
View Innovation Webinars