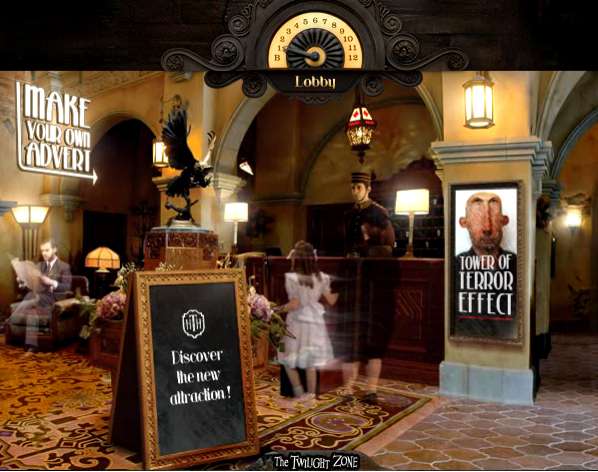 The Twilight Zone Tower of Terror

Beginning February 21, site goers will be able to create their own TV or radio advert by uploading their photos which will then be made to appear as if they have traveled to the fourth dimension.

The intention of the campaign is to drive awareness to Disney's latest attraction, the plunging elevator in the Tower of Terror, a new attraction at Disneyland Resort Paris which will open in April.

"We know from experience in the US that Twilight Zone Tower of Terror appeals to older children, so we've designed this campaign to engage with 13-15-year-olds through media platforms that they engage with," said Federico Gonzalez, senior VP of marketing for the theme park.

"Imagine being in a place where everything is the same but different. Where the unusual is usual," the site intro entices.