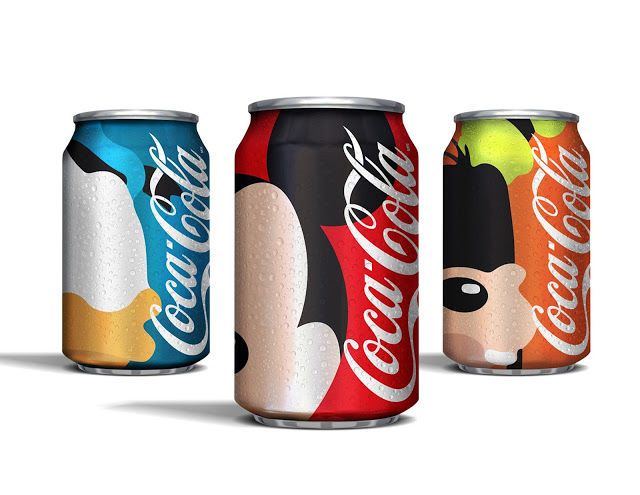 Amelia Roblin — December 30, 2015 — Marketing
References: behance.net & packagingoftheworld
Share on Facebook Share on Twitter Share on LinkedIn Share on Pinterest
If Coca-Cola and Disney were to collaborate in the most basic and delightful way, the result would be these Disney pop cans by Nacim Shehin. The designer created this iconic family of soft drinks as a branding concept, inspired by his admiration for the strong identities of both of these companies.

With a preference for minimalism, Nacim turned Disney's original and best recognizable characters into simplified color blocks. You can still discern Micky Mouse, Mini Mouse, Daffy Duck, Daisy Duck and Goofy, based on the shapes of their faces and their colorful, defining accessories. Next to each cartoon's head, Coca-Cola is scrawled vertically up the Disney pop cans, written in white and surrounded by a bright background that matches the characters' costume hues. Were these to be produced, their endearing appearances would be yet another consumer draw to the delicious drink.
4.7
Score
Popularity
Activity
Freshness
View Innovation Webinars