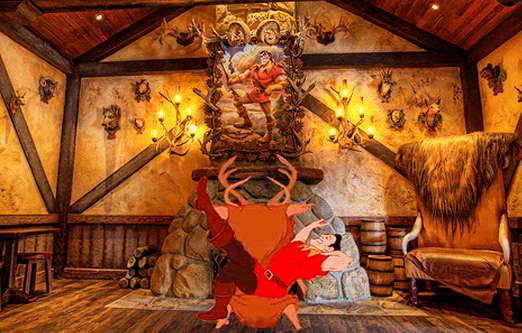 Everyone from Beauty and the Beast's handsome antagonist, Gaston, to newcomer Merida is featured in these gifs, wandering about Disneyland as if they had been magically transported from inside the film to our touchable world. The most realistic-looking is probably Gaston's. The muscular macho man is seated in a chair, leaning back as he hits a climactic note in his self-titled tune, "Gaston." Behind him is the man-made Beauty and the Beast portion of Disneyland. Gaston looks as if he has always existed in this world, rather than that of an animated wonderland, making these gifs some of the most mind-blowing on the web.

Disney fans everywhere will love flicking through these delightful creations; with its gifs, Black and White Disney has brought these characters closer to reality than ever before.
4.2
Score
Popularity
Activity
Freshness
View Innovation Webinars