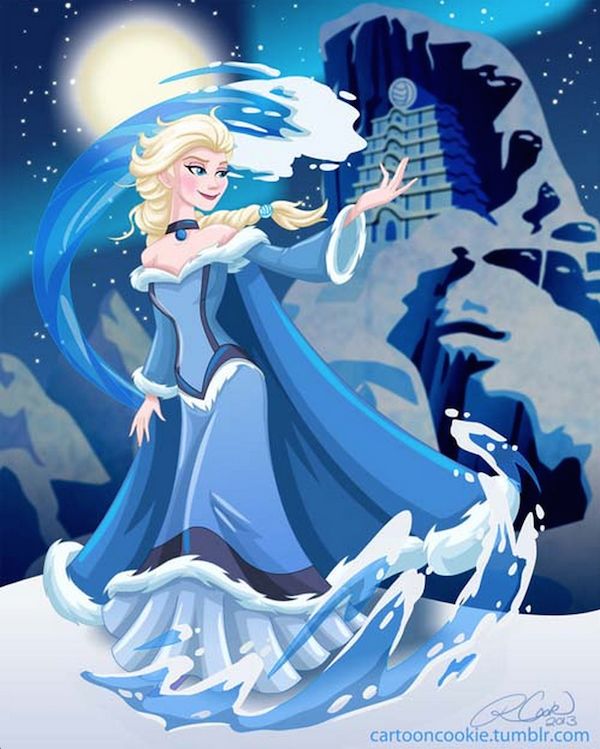 Meghan Young — May 22, 2015 — Pop Culture
References: cartooncookie.tumblr & designtaxi
Share on Facebook Share on Twitter Share on LinkedIn Share on Pinterest
The Disney Avatar series distills the personalities of these classic princesses into four elements: fire, water, air and earth. Some of these powers are obvious as is the case with the Little Mermaid, Tiana and Pocahontas, but others are a bit more of a stretch. For instance, Rapunzel is depicted as a Firebender. At the end of the day, the Disney Avatar interpretations are a fun way to reimagine the characters.

Created by Robby Cook of Cartoon Cookie, the Disney Avatar series may have fans of both franchises hoping for a real cross-over. Perhaps this could be satisfied in other ways such as limited edition toy products or fun posters. After all, melding worlds is one way to keep consumers interested and engaged with a long-standing series.
3.5
Score
Popularity
Activity
Freshness
Get Better and Faster