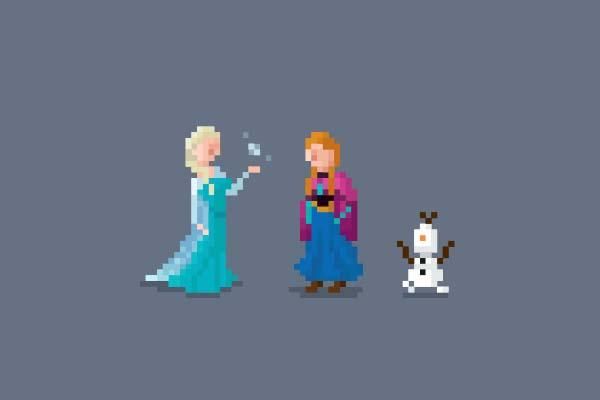 Laura McQuarrie — June 25, 2014 — Art & Design
References: behance.net & gadgetsin
'Pixel Characters' is a simple Disney art series by Taipei-based designer Huang Kate that imagines what it might look like if iconic Pixar and Disney characters were drawn in a pixelated retro video game style.

The characters depicted in the series include those from Toy Story, Monsters Inc., Frozen and DreamWorks' Shrek. Although the characters are only made up of a few little colored squares and don't have any faces, Kate was able to pack in a ton of detail, a lot of which lies in the accuracy of each character's costume. Even with tiny limbs and a lack of facial features, the characters are quite expressive. Any of the tiny pixelated characters would make a fantastic video game hero.
1.5
Score
Popularity
Activity
Freshness